by Philip White and Chris Pitsiokos 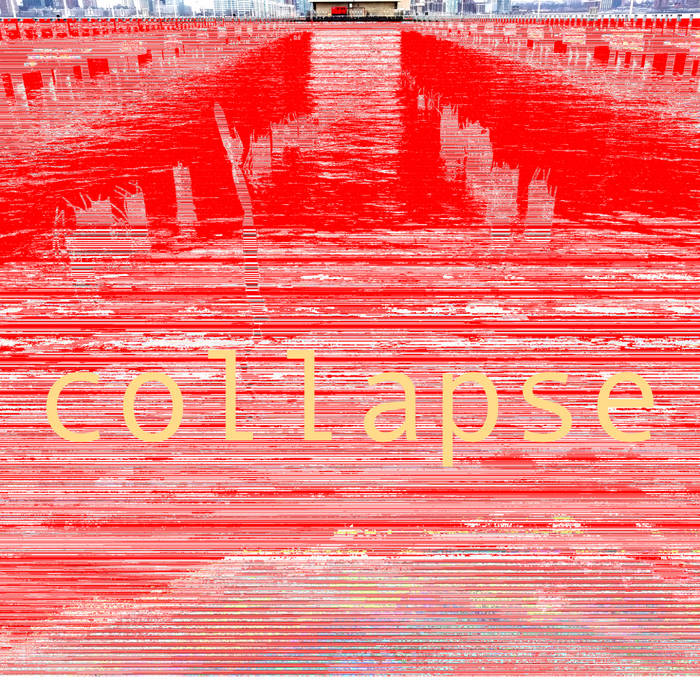 “It’s very difficult to do justice, using words, to how enervating and annihilating this set was” --Raymond Cummings in the Village Voice

On their sophomore album Collapse, Philip White (electronics) and Chris Pitsiokos (alto sax) maintain the intensity of 2015’s Paroxysm (Carrier Records) while adding a more lyrical and harmonically lush approach. During the gap between albums, White designed and built a new feedback based instrument capable of analyzing and dynamically responding to Pitsiokos’s sound as well as its own in real time, giving rise to a third, alternative intelligence between them.

Pitsiokos and White began working together in 2014, finding a shared interest in free jazz, noise and thorny modernist composition. With a common ear towards clear, powerful, and assertive statements the duo draws from equal parts David Tudor, Roscoe Mitchell, Eliane Radigue and Merzbow. While their early work focused largely on timbre based forms, Collapse incorporates more harmonically and melodically vivid moments, a quality that’s developed in each artists’ work individually in the intervening years since Paroxysm.

Chris Pitsiokos is an alto saxophonist and composer based in Brooklyn, NY. Aesthetically, his work combines the lyricism of jazz and the intensity of extreme rock forms and noise with the attention to detail and abstraction of contemporary classical music. Known for expanding the vocabulary of the saxophone through extended range, circular breathing, nuanced articulation, and other extended techniques, his recent work also commands considerable cathartic, emotive, and lyrical power. His compositions often function as a platform for performers to express a unified aesthetic vision without subjugating their individual voices as musicians in their own right. In this way his work contrasts with more traditional modes of composition in which the composer or band leader is the sole, or primary arbiter, of a singular vision.

Pitsiokos has worked with Weasel Walter, Tyshawn Sorey, Peter Evans, Joe Morris, Philip White, Guerilla Toss, C Spencer Yeh, Nate Wooley, Brandon Seabrook, Lydia Lunch, Paul Lytton, Miya Masaoka, Mick Barr, and many more. He has appeared at major festivals and toured throughout Europe, the United States and Japan as a solo artist, with his own bands, and as a side man. A prolific artist, Pitsiokos is the leader or co-leader of ten commercial recordings on record labels Clean Feed, Astral Spirits, UgExplode, One Hand, Carrier, New Atlantis, and his own imprint, Eleatic.

The music of composer, performer and improviser PHILIP WHITE (b.1981) is known for its ecstatic intensity and expressive sonic palette. Working with an array of homemade electronics at the intersection of noise, jazz and contemporary concert music, White exploits the tension between rigorous, closed electronic systems and the urgency of human compulsion. ... more

Bandcamp Daily  your guide to the world of Bandcamp

MF DOOM is given his flowers, plus appearances from MC Jada Imani and Stanley Ipkuss